The official podcast of the Society of Graduate Students at Western University in London, Ontario, Canada. We aim to showcase the innovative research that graduate students are conducting at Western University and appeal to various audiences including those within and beyond the academic community.

adCast is the official radio show and podcast of the Society of Graduate Students at Western University in London, Ontario, Canada. Founded in 2012, the mandate of the GradCast Editorial Board is to highlight graduate students at the University of Western Ontario in a media context. We aim to showcase the innovative research that graduate students are conducting at Western University and appeal to various audiences including those within and beyond the academic community.

The GradCast radio show airs every Tuesday at 11am on Radio Western 94.9 FM, and episodes are uploaded to our website weekly. From History to Histology, we show you the cutting edge research of one of Canada's top research universities. Ariel is a PhD student in the neuroscience program at Western University. He moved to London from Vancouver in 2016 in order to begin graduate school at Western. He is a neurobiologist who is currently researching aging, metabolism and memory in hopes that his future work will address the mechanisms underlying Alzheimer's disease etiology. Ariel likes in depth discussions on controversial topics, playing soccer and the number three. 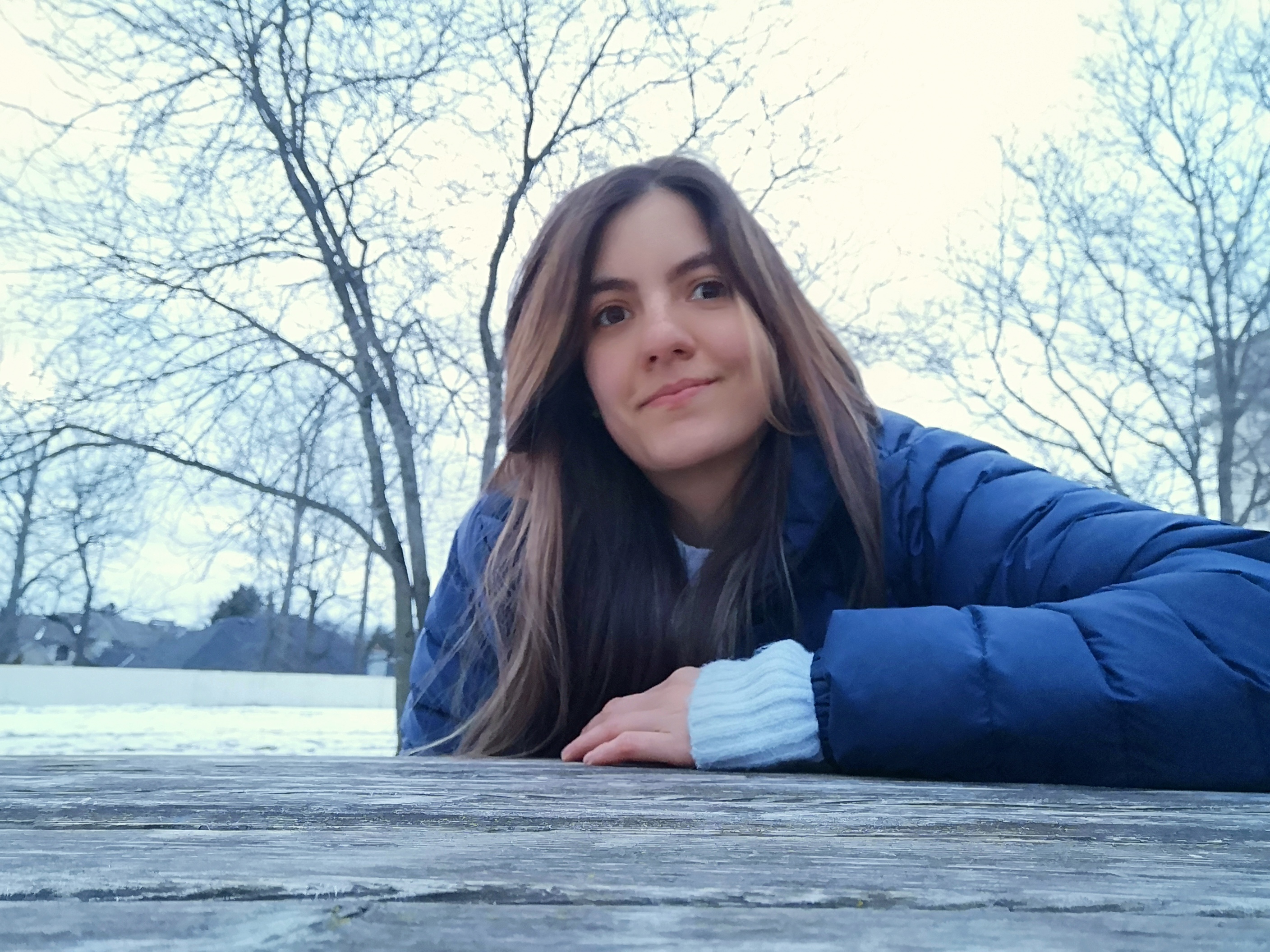 Laura is a PhD student in the department of Microbiology and Immunology. Her research focus on understanding evolution in virus genomes. She is particularly interested in overlapping reading frames, which are chunks of the genome that encode more than one protein and are thought to be used for viruses to create new genes. Since Laura moved to Canada, she has had to learn to enjoy the winter, so she now likes to take long walks around London and escape the city every time she has the chance in order to visit new places of what she describes as a freezing but fascinating country.

Episode: 335 | On the Vast Variability of Viruses 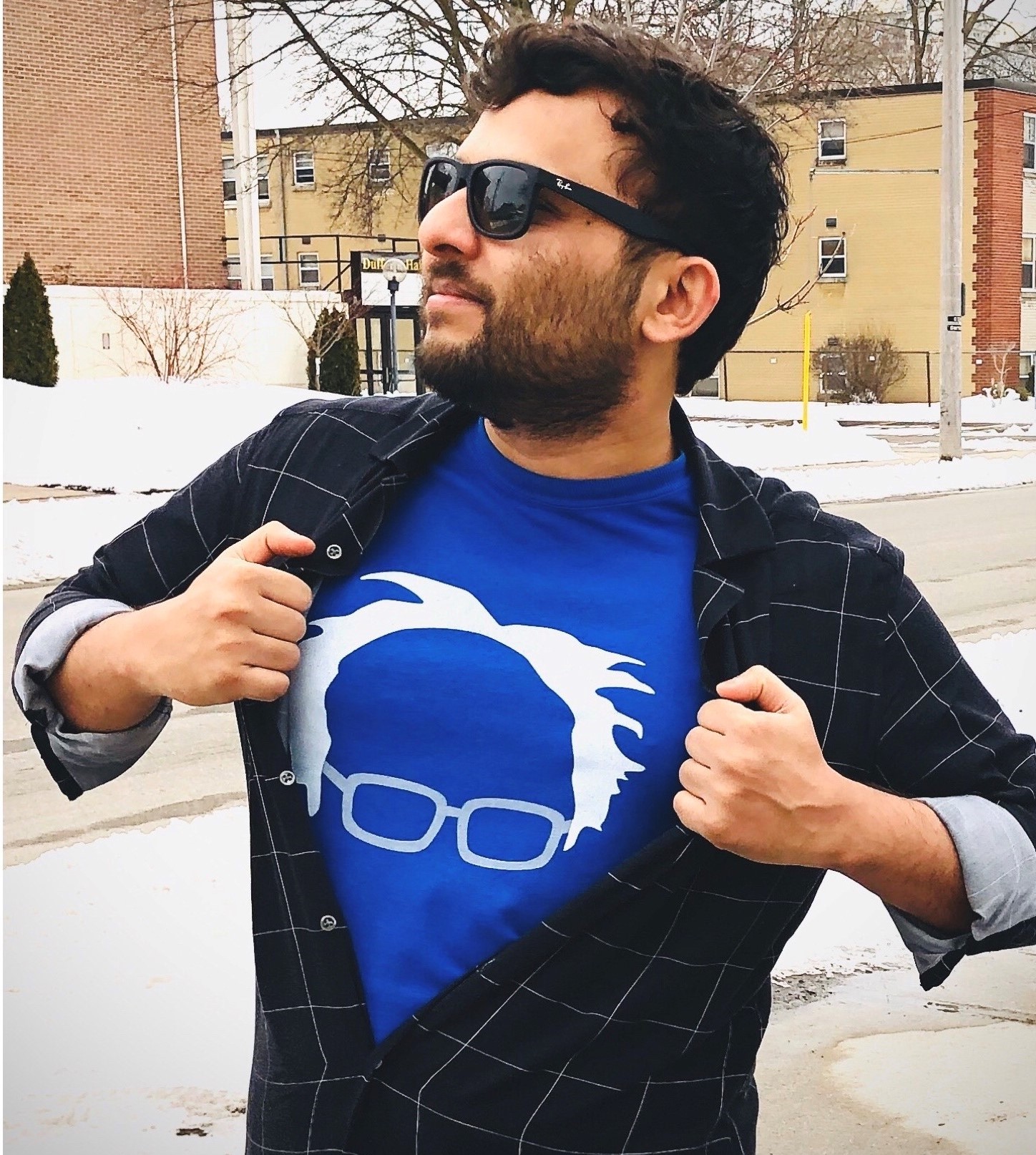 My name is Yousuf and I'm currently doing my PhD in Philosophy at Western. Broadly speaking, I’m interested in 20th century History and Philosophy of Science and Mathematics. I’m fascinated espeically by methodological issues that are discussed between scientifically minded philosophers. These philosophers were also physicists, mathematicians, or logicians who were engaged in philosophical questions such as:

1) Can we be optimistic about our current best scientific theories given the graveyard of theories?

2) What makes mathematical statements such as ‘2+2=4’ certain and distinct from statements about the world say, ‘it is raining outside’?

3) Can we know the limits of our language and what can be said meaningfully?

Although my research is on understanding scientific theories, I end up engaging with the above questions as they are discussed by 20th century philosophers such as Rudolf Carnap, Ludwig Wittgenstein, and Bertrand Russell.
Interview: The Graveyard of Scientific Theories
Contact: Rotman Institute of Philosophy I am excited to be joining the GradCast team, and am a new member as of this fall (2020). I am no stranger to Western, having graduated in 2012 from the master’s program in Health and Rehab Sciences, Occupational Sciences from Western University. After graduating, I worked for the National Educational Association of Disabled Students (NEADS) as a research consultant, developing resources for students with disabilities transitioning from post-secondary to employment. In 2016, I moved to work as a community engagement lead at Balance for Blind Adults for 3 years and am now at Ryerson Magnet as an inclusive hiring project coordinator.

This fall, I will be starting my doctoral work at Western University in the school of Occupational Science, cross appointing in Disability Studies.

My doctoral research will explore the impact that access to direct funding has on the occupational performance and engagement of people with disabilities (PWDs) who receive funding from the Ontario Direct Funding (ODF) program to ‘self-manage’ their attendant services. Rosemary Giles is a first-year Master’s student in the History Department. Her research focuses are on Canadian environmental and military history. Her thesis explores the treatment of tubercular veterans at the Western Counties Health and Occupational Centre, a rehabilitation facility for Second World War veterans in London, ON and how the natural environment was used as a part of this treatment. In her free time, Rosemary enjoys backcountry camping, riding her horse, or cuddling her cats. Ana Moyer is a queer non-binary PhD student in Art and Visual Culture studies primarily researching the representation of tattooing in Indigenous art. Amalie is a PhD student in the biology department. She is studying thermoregulation and mitochondria in birds, specifically in how hummingbirds use torpor to survive cold nights. Amalie joined GradCast in 2021, and is excited to lead the committee! In her free time, Amalie works on her latest artsy project and goes out birding. 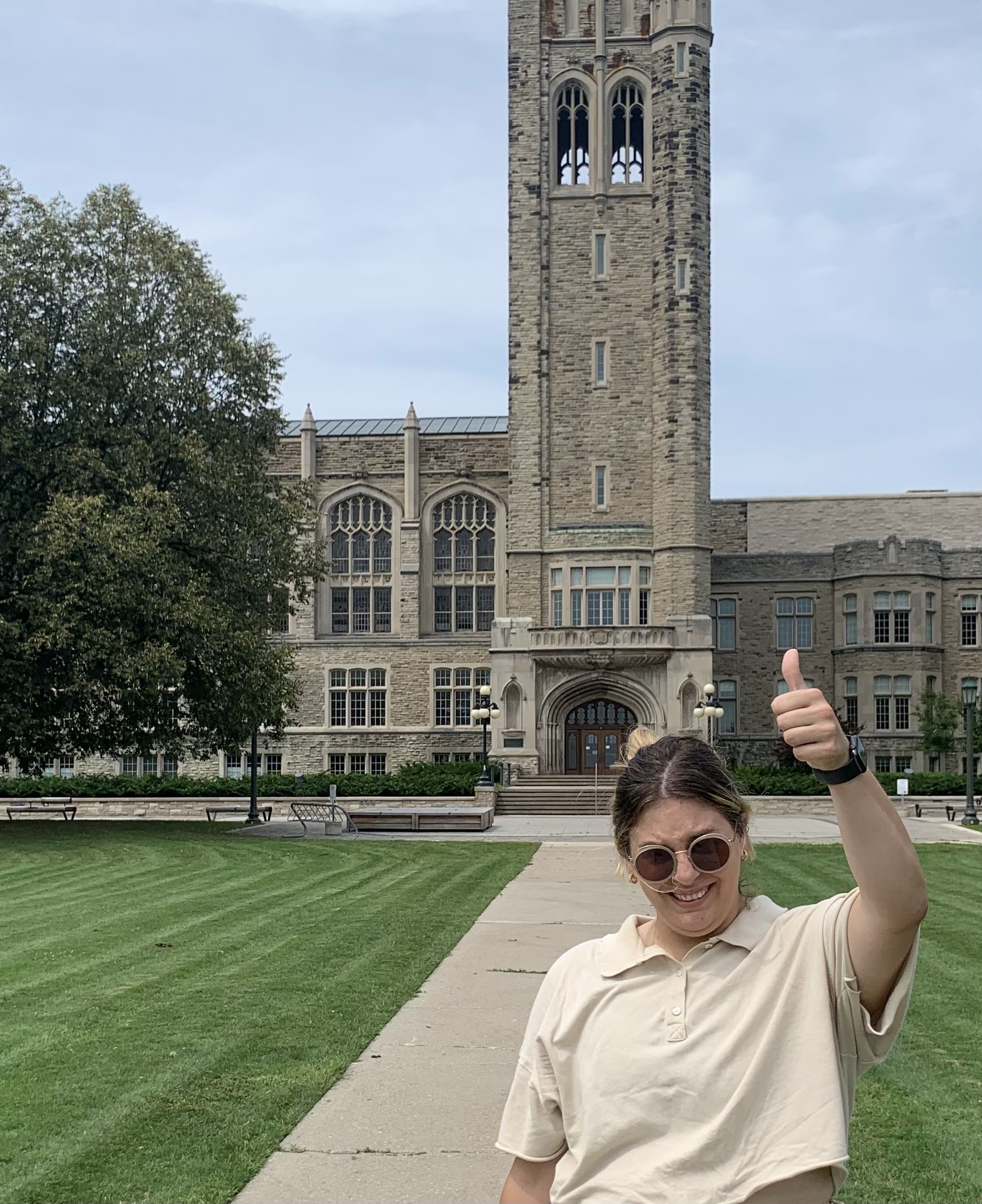 Brittany Melton (she/her) is a second-year Ph.D. student in Media Studies. She graduated from the Master of Arts Popular Culture program at Brock University in 2018 and has spent her time since working as a teaching and research assistant in the Communication, Pop Culture, and Film department. Her past research has focused on comedy and gender representation in the television show Unbreakable Kimmy Schmidt (2015-2019). This research examined how the comedy genre is employed to help create a counter-hegemonic message about gendered experience. She feels it is vital to research how genre influences how gender identity is portrayed in television shows because understanding representation is important for understanding how we communicate what gender “looks like”. In her time at Western, she has been exploring other venues where representation occurs, specifically in online communities like Reddit. In her spare time, you can find her reading books she finds on TikTok, swimming at the Rec, or enjoying a pint at the GradClub!.

Episode: 365 | Reddit and Weep: Gender and Dating in Online Communities 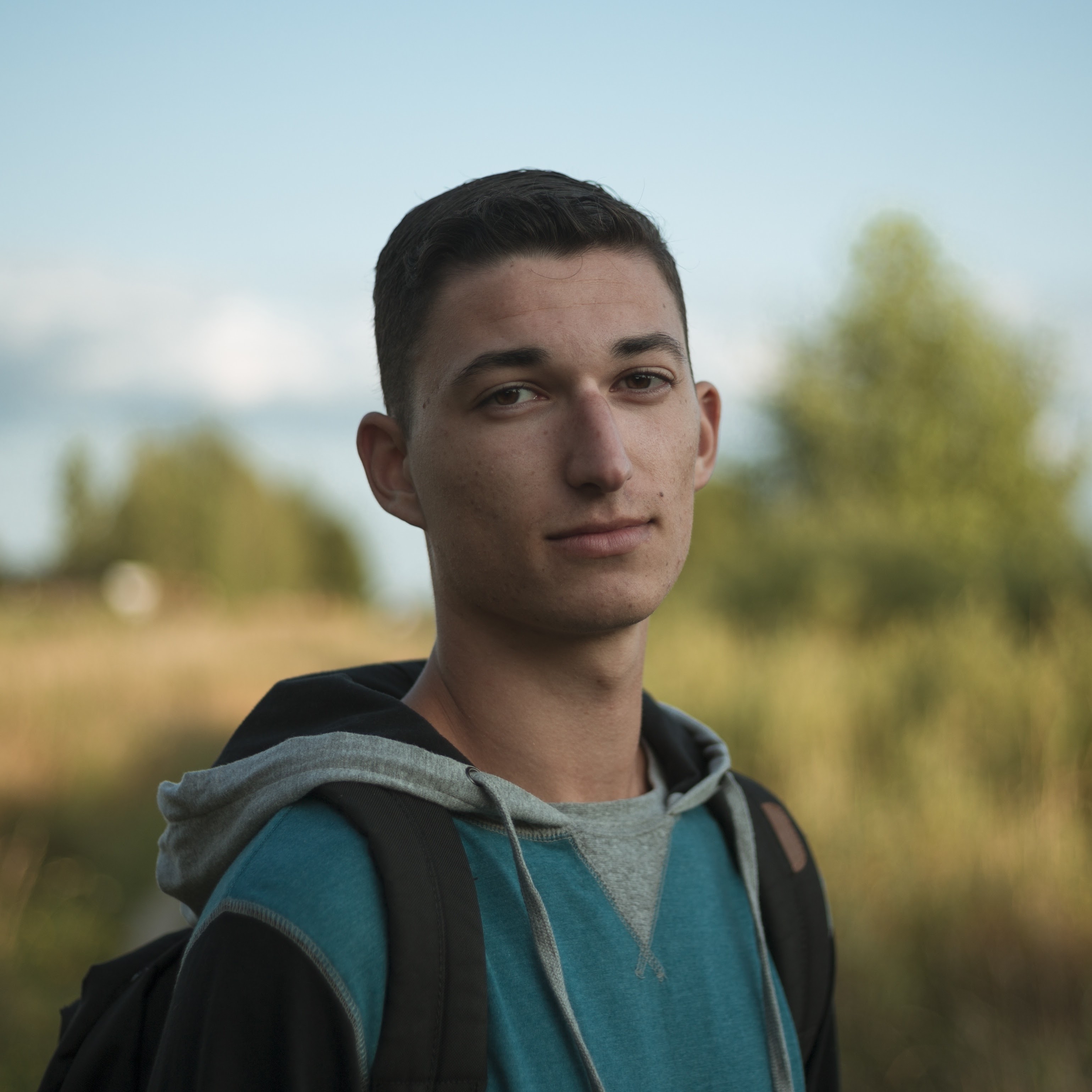 Jordan is a PhD student in the Biology department at Western. His research is in the field of Plant Molecular Farming, and focuses on using plants as an expression platform for the development and production of vaccine candidates against a prominent livestock disease. If things go well, the resulting vaccine should provide a safer and more effective alternative to current methods being used in controlling the spread of this disease in pig farms across the globe. Fun facts about Jordan are that he has moved apartments in the city 7 times in 7 years, and he enjoys playing a wide variety of musical instruments whenever possible (ie. when he can find somewhere to play that won’t make his neighbors hate him).